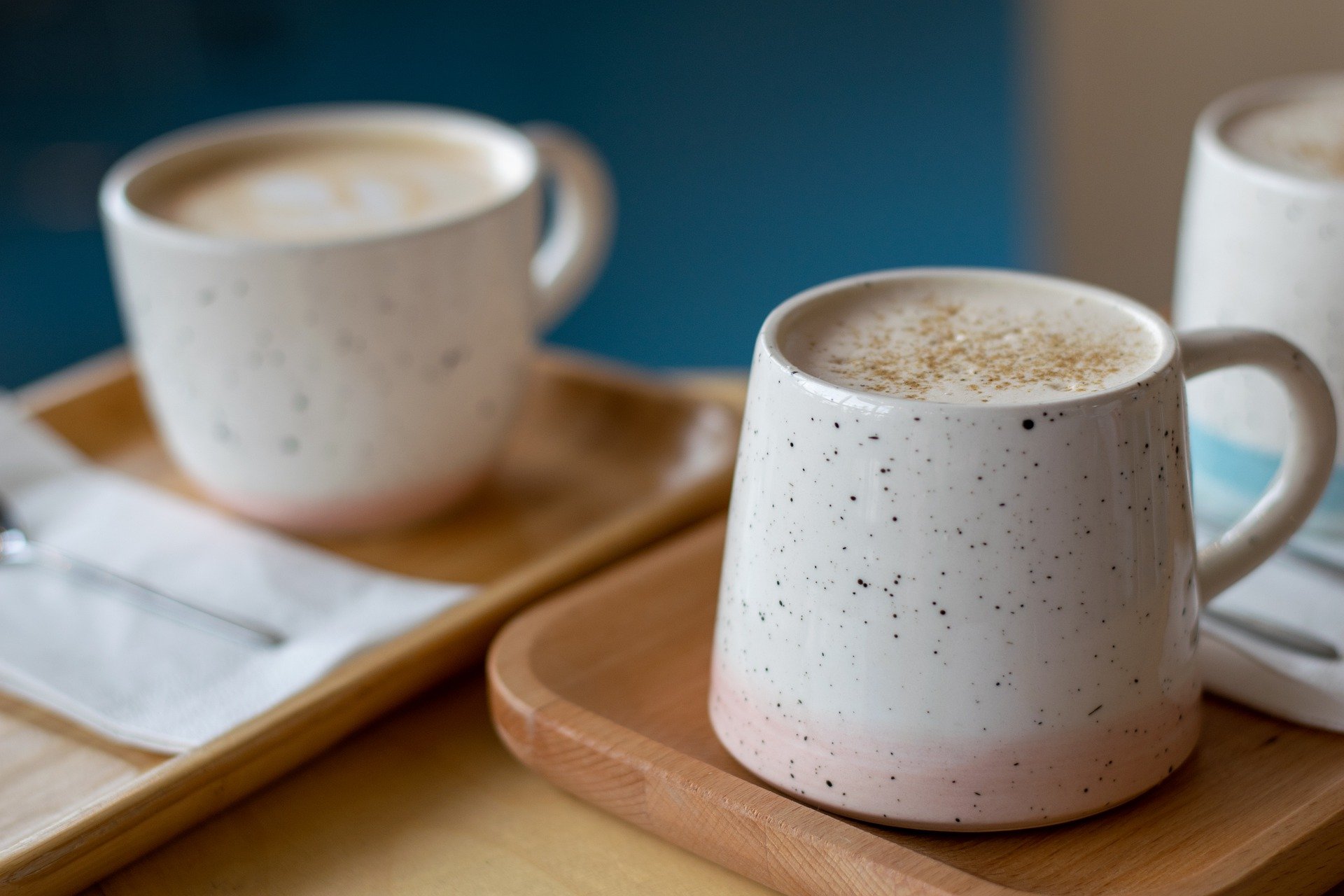 This post all started with a New York Times recipe for Earl Grey Orange Cookies that popped into my inbox earlier this week. I was intrigued by the idea of using tea in a sugar cookie and excited to give them a try. Well, long story….but I ended up trashing more than a dozen homemade cookies!

We both found they had a bitter after-taste — maybe it was too much tea or not enough sugar? I still think the recipe has potential and I’m not ready to give up on the idea — so stay tuned!

In the meantime, I was wondering what else I could make with the Earl Grey tea in my cupboard (other than the obvious) and “google” told me I could make a London Fog drink — which is a type of tea latte. Who knew? Have you guys have been sipping Starbucks ‘ London Fogs for years without bothering to tell me?

What is a London Fog Drink?

In case you’re in the dark like I was, a London Fog is an Earl Grey tea latte, usually made with foamy milk and a hint of vanilla. There are many variations on this (some using heavy cream), but I started with a simple baseline recipe from thehealthymaven.com and tweaked her proportions to suit my taste. Feel free to do the same with my version below — it’s more of a suggestion than a recipe!

Here are the basics you’ll need for a London Fog tea latte:

Earl Grey is a black tea that has been flavored with oil from bergamot oranges. Bergamot is a fragrant citrus fruit native to Italy. It’s yellow-green in color, depending on the ripeness. The oil is known for being floral and distinctly tart. The British popularized Earl Grey tea, but it’s believed to have originated in China.

Do I need a frother to make this?

No, you don’t need a frother. It’s more fun if you have one, but you can simply heat the milk gently on the stove and get the same taste — without the foam, of course. I’m not a kitchen gadget person, but someone gifted me a frother years ago as a hostess gift — so I finally got to use it…yah!

Does a London Fog have caffeine?

Yes, your tea latte will be caffeinated unless you opt to buy decaf Earl Grey tea. Black tea, however, has far less caffeine than regular coffee. For comparison, a typical 8 oz. cup of coffee has between 90-100 mg. of caffeine, while the same size serving of black tea has about 45 mg.

According to TheWhistlingKettle.com, black tea also contains an amino acid called I-theanine, which lessens your chances for the jitters and a caffeine crash.

I’m pretty sensitive to caffeine, but have no issues sipping this drink as a nice afternoon pick-me-up. There’s something about wrapping your hands around a nice warm mug of an aromatic drink in the middle of the day. Aaah!

London Fog tea latte is the epitome of sweather weather! It’s the perfect drink to sip as the leaves start to turn and we gather around our backyard fire pits.

Have you wondered how to make a London Fog drink? It’s the perfect cool weather tea latte with a hint of sweetness and boost of caffeine.

As Emeril Would Say — Kick It Up a Notch!

If you’re too young to know who Emeril is…just forget I even mentioned him 😊. Here are a few simple ways to boost the flavor of your London Fog drink:

This post contains affiliate links. If you click on them and make a purchase, I may earn a small commission, at no added cost to you. Read more about my affiliate policy here.

Interested in purchasing a frother? This one on Amazon is similar to mine. 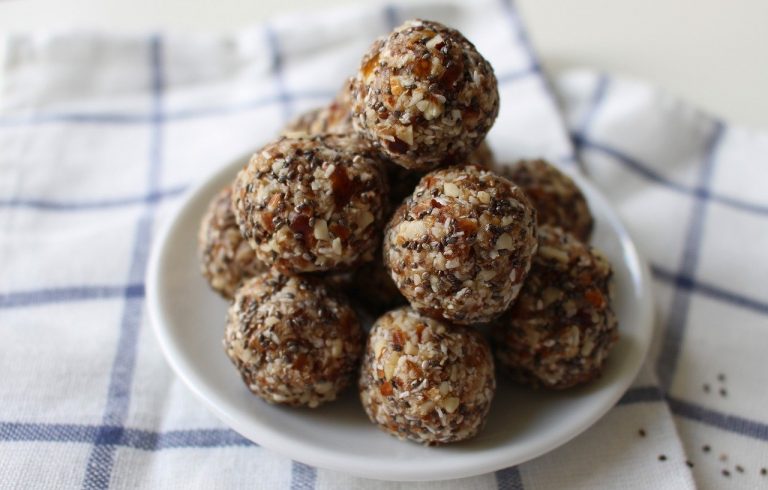 Are you ready for a simple snack that takes only 15 minutes to make? Say “hello” to these no-bake Banana + Almond bites. There are so… 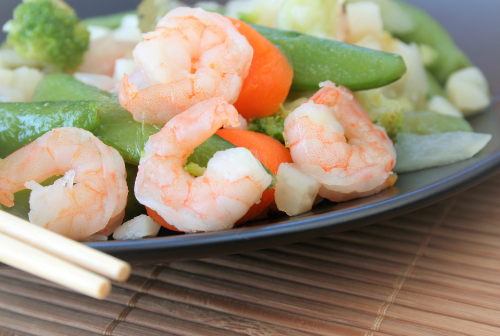 Today’s recipe is for a tasty Shrimp and Asparagus Stir-Fry that will let you put dinner on the table in less than 30 minutes. I pared… 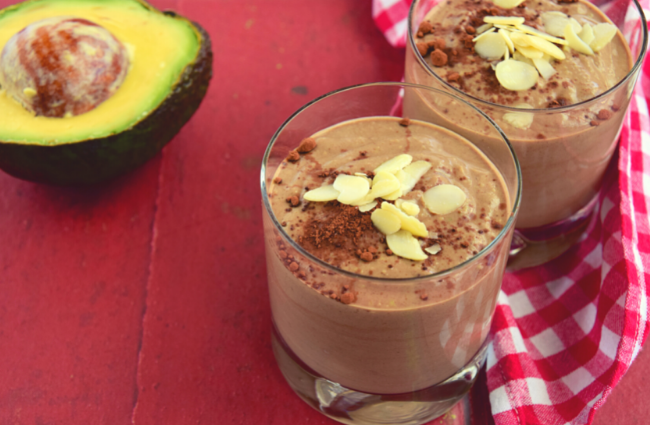 Do you crave chocolate and the filling goodness of a smoothie without too much sweetness or extra calories? Then, come on in! Today I’m sharing a… 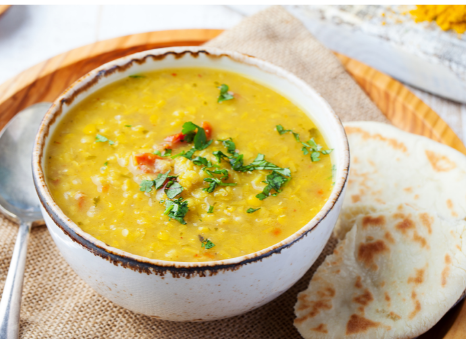 Let’s not settle for bland lentil soup! These three vegan recipes all have bright lemon flavor and seasonings that bring it up a level. You’ll be… 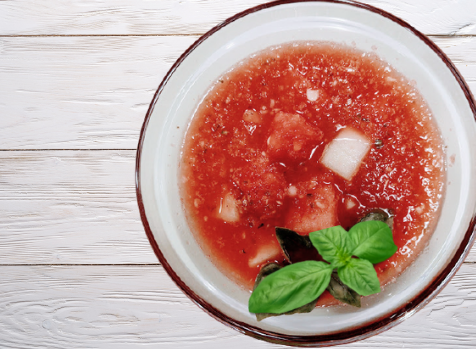 Watermelon gazpacho is a light and refreshing summer dish that’s so easy to make! It’s perfect for times when it’s too hot to cook indoors. We… 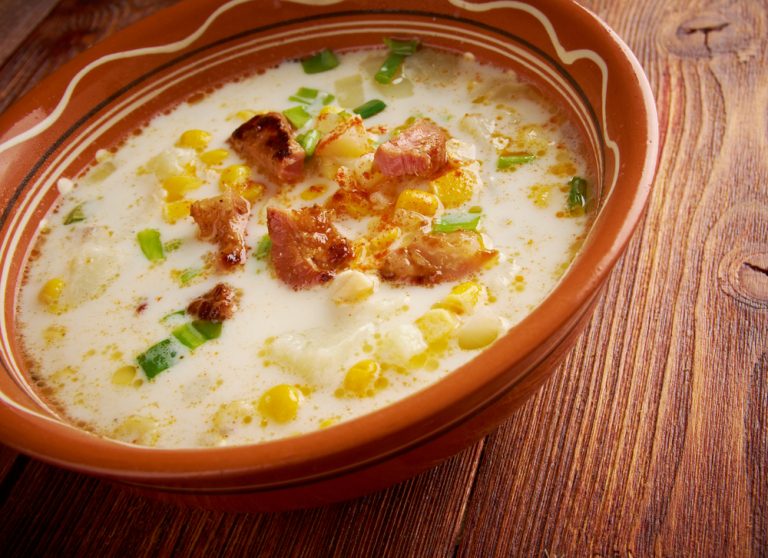 This easy-to-make corn chowder has only 10 simple ingredients. The result is tasty comfort food the whole family will enjoy! I HATED corn chowder when I…